Have you heard? Mercury is in retrograde, but it’s going to be okay.

Have you heard? Mercury is in retrograde, but it’s going to be okay. 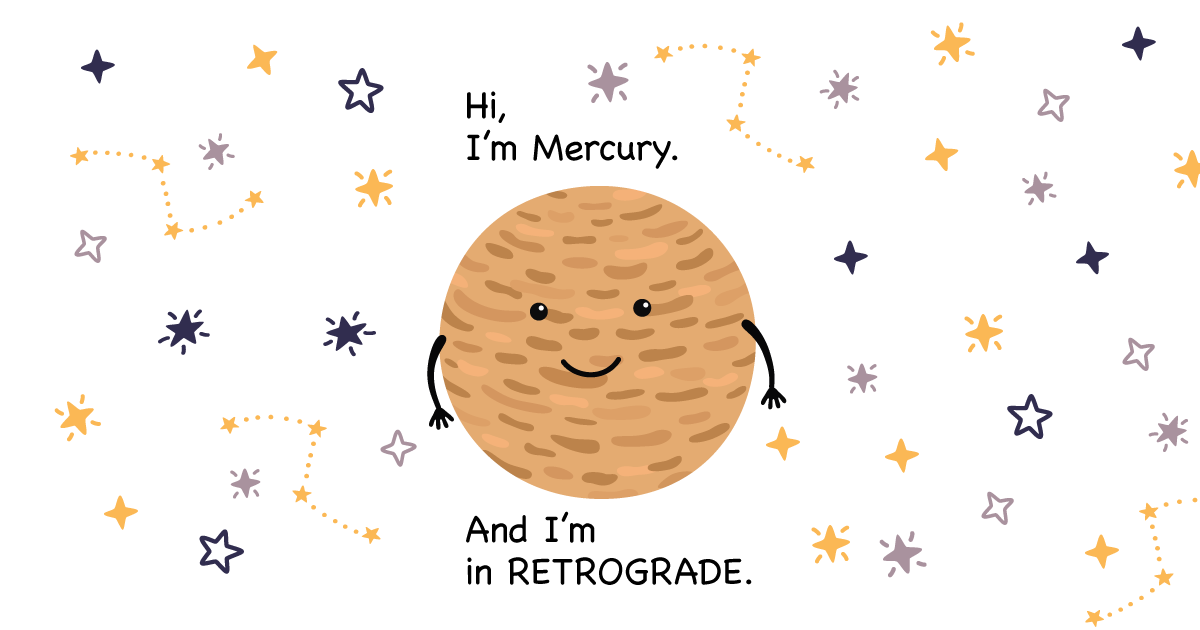 We’ve heard of Murphy’s law (anything that can go wrong will go wrong). Or at least, we’ve experienced it. And don’t kid about it, either. As I’m writing this post, my monitor has randomly clicked off, twice, while trying to write this very post. We can thank the little planet Mercury for this.

Every so often, the planet Mercury does something a little funny; it moves backward. Well, it looks like it does, anyway. It’s an optical illusion, but the result can be devastating to our daily lives. It’s called retrograde, and Mercury is doing it, right now. Ugh.

For the next 2-3 weeks or so, you can expect that life might be a little harder than normal. Technology might be extra stubborn, the car might have a new noise, and the traffic… let’s not even get started on the traffic (hint: it’s worse). But hey, we’re not going to let the astrological rules of planets ruin our season, are we? Of course, not!

We’ve got you covered.

We carry an exclusive oil blend just for dealing with this instance of Mercury being in Retrograde. It’s called Mercury Retrograde by Plant Therapy and it’s AMAZING. We’ve been diffusing this oil throughout the store over the last few days, and what a difference already! Find it here.

The grounding essential oils Clary Sage and Texas Cedarwood is known to promote clarity and confidence while supporting calm and clear communication.

So during Mercury retrograde, diffuse or use this blend to help you get through the next few weeks and support some other survival techniques.

Take this time to focus on catching up. Don’t start anything new and work on finishing up some old, unfinished projects. Clean up your workspace, back up your files, organize, and clean. It’s almost spring, now is a good time to purge! Focus on communication. With a significant other, friends, family. Just open the lines and reunite what you have. Don’t try to start anything new. (Remember, what can go wrong, will! so keep it simple!)

Mercury in Retrograde is survivable. It’s been around since the beginning of orbits. But now, you can make it a little easier. We sell this oil blend in-store. So stop in today, start diffusing, and make this retrograde less bad.

Click here to visit this product in our online store!

Find us at our downtown store at 8th and Railroad!

Free Shipping on orders over $25! Dismiss